> OBZ>The Destiny Of The Dead: Volume Three of the Songs of the Tears 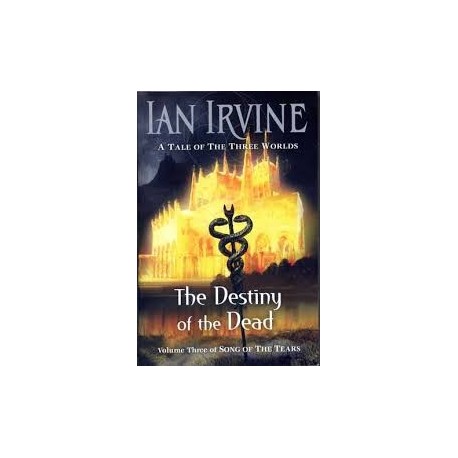 The Destiny Of The Dead: Volume Three of the Songs of the Tears

Nish and his remaining allies are trapped on the Range of Ruin, surrounded by the relentless army of his father, the God-Emperor. And Nish's choices seem limited: a humiliating surrender, or a suicidal fight to the death. Yet Nish must fight, and win, as he's needed to counter an unprecedented threat facing the whole of Santhenar. The danger is Stilkeen, a shape-shifting being, who has erupted from the void consumed by a need for retribution. Its chthonic power was stolen in ages past - and Stilkeen wants it back. But the chthonic fire Stilkeen sensed has now escaped to run wild through Santhenar's Antarctic territories. Even if Nish defeats his father, there may be no way to stop the fire, or Stilkeen, before everything is consumed. Book No: